Students who had submitted abstracts for the IAC graduate conference submitted 10-15 page papers by January 1st, 2019 to be evaluated by Ivan Allen College faculty judges. The author of the top paper received $1500 in travel funds. Authors who were awarded second place for their papers each received $1000. Authors who were awarded third place for their papers each received $500.

Below are biographies and abstracts of prize winners in 2019.

Karl is a Ph.D. Student at the Georgia Institute of Technology’s School of Public Policy and partner with the Internet Governance Project. Karl previously served as a Senior Analyst at Delta Risk LLC and as the Executive Director of the Cyber Conflict Studies Association (CCSA), a non-profit dedicated to advancing a research agenda on cyber conflict. Earlier with CCSA, Karl collaborated with Jason Healey as the Associate Editor to the book A Fierce Domain: Conflict in Cyberspace 1986 to 2012.

Artist Collectives as the Origins of Distributed Denial of Service (DDoS): The Strano Network to Electronic Disturbance Theater

Abstract: The paper Artist Collectives as the Origins of DDoS: The Strano Network to Electronic Disturbance Theater explores how artist collectives are responsible for the original innovation of Distributed Denial of Service (DDoS) attacks. While past academic works have referenced the Strano Network and Electronic Disturbance Theater as separate case studies, this paper explores the overlapping ambitions, passion, and community of these two groups as well as the Anonymous Digital Coalition’s role in providing a bridging tie between the two. The continuity of innovation by these collectives presents a distinct historical origin story to contemporary hacking culture. The paper will also examine two the most well documented incidents, the targeting of French government websites by the Strano Network to protest French nuclear testing, and the targeting of the Pentagon by EDT in solidarity with the Zapatista movement in Chiapas, Mexico. While hackers sought to solve puzzles and test the limits of technology, the artists that organized mass participant DDoS attacks sought to draw the public’s attention to critical contemporary issues. 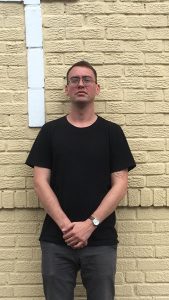 Mario Bianchini is currently engaged in a project investigating East Germany’s technological culture. This project explores East Germany’s attempt to build what they called the communist technological utopia. Specifically, he investigates the cultural nodes that both disseminated the state’s utopian plans and invited citizens to take an active part in building that future. His main focal points include toys, education, and sport. He has also studied post-war German economists and their inability to see economics as a political endeavor. Mario earned a B.A. from NYU’s Gallatin School of Individualized Study; a school that did not have traditional majors, rather concentrations. As such, Mario concentrated on the manifestation of Nazi guilt in both East and West German literature. He also studied German at Freie Universität Berlin through a German Academic Exchange Service grant. After graduating from NYU, Mario joined the Georgia Institute of Technology as a PhD student in the History and Sociology of Technology and Science where he recently earned his M.A. Most recently, Mario was a visiting scholar at the Zentrum für Zeithistorische Forschung Potsdam through another DAAD grant.

Abstract: In contrast to the conservative political landscapes of today that promise a return to past glory,the German Democratic Republic’s promises of greatness were always future oriented. East German propaganda foretold a future freed from base want and the drudgery of work through great scientific and technological achievement. In the paper Sports as a Technological Consciousness in East Germany, I explore how sport offered a tangible medium to trumpet the victory of East German technoscience. Specifically, I argue that between 1960 and 1989 the East German state treated Sport not only as a way to both maintain and create a sense of technological consciousness bent toward a technological utopia, but also as a testing ground for the efficacy of that same technology. Sport in East Germany serves as a case study of the GDR’s larger program of inspiring citizens to help build a technological socialist utopia. It offered a way to inspire young comrades to join the industrial workforce, a way to upkeep the health of workers, a test case for doping technologies, and a quantifiable medium for the success of socialist technologies. Sport acted as an important piece of the larger East German campaign to foster a future oriented technological consciousness. 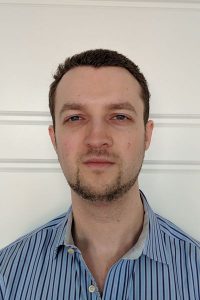 Daniel Schiff was born and raised in Atlanta, GA, where he is currently pursuing a PhD from the Georgia Institute of Technology, studying the implications of artificial intelligence for social policy – education, labor, welfare, and inequality. Previously, Daniel served as the Director of Research, Evaluation, and Planning for the Philadelphia Education Fund. Daniel studied philosophy of artificial intelligence at Princeton University before completing his graduate work at the University of Pennsylvania on education policy and research. He has published in journals including Perspectives on Urban Education and Nanotechnology and can be reached at schiff@gatech.edu or @dan_schiff.

Out of the Laboratory and into the Classroom: The Future of Artificial Intelligence in Education

Abstract: Like previous educational technologies, artificial intelligence in education (AIEd) threatens to disrupt the status quo, with proponents highlighting the potential for efficiency and democratization, and skeptics warning of industrialization and alienation. This paper evaluates the status of AIEd, with special attention to intelligent tutoring systems and anthropomorphized artificial educational agents. I argue that AIEd’s novel technical capacities include the abilities to simulate teachers, provide robust student differentiation, and even foster socioemotional engagement. In order to situate developmental pathways for AIEd, I contrast sociotechnical possibilities and risks through two idealized futures.  Then, I consider a recent proposal to use peer review as a gatekeeping strategy to prevent harmful research. The paper concludes with recommendations to AIEd stakeholders towards improving their engagement with socially responsible research. 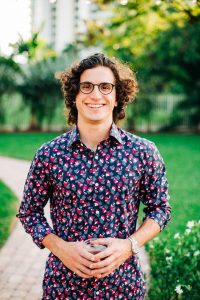 Declan Abernethy was born and raised in Saint Petersburg, Florida prior to attending Cornell University in Ithaca, New York. Declan earned a B.A. in Science and Technology Studies in 2018. At Cornell, Declan wrote a senior honors thesis, Governing Bodies: Rules, Technoscience and Athletes in Elite Competition, which studied the impacts of technoscience on athletes and rulemaking for new technoscientific developments within sport. After graduating from Cornell, Declan joined the Georgia Institute of Technology as a PhD student in the History and Sociology of Technology and Science.

Declan is interested in the complex interactions that have been created by technoscience in sport and examining how such developments can alter perceptions of human performance and fair play. More generally, Declan aims to work within the Sports, Society, and Technology program to further examine the role of sport in complex webs of technoscience. Declan’s work focuses in the sports of soccer, football, track and field, and swimming but he enjoys working in interdisciplinary fields across sport.

Raising the Boom: The NFL, Rules, and Biomedicine

Abstract: The paper Raising the Boom: The NFL, Rules, and Biomedicine examines, via a biomedicalization framework, the National Football League’s (NFL) 2018 creation of a rule to mitigate the bioeconomic threat of novel biomedical knowledge of traumatic brain injuries (TBIs). Following widespread backlash over a perceived failure of the NFL to address TBIs, the NFL introduced Rule 12 Section 2 Article 8, banning the initiation of contact with the helmet. First, I outline the NFL and its new rule through a biomedicalization framework, with a focus of the NFL as a bioeconomy. Then I examine the inconsistent enforcement of the rule through penalties and fines. This paper concludes that the NFL created this rule to craft a rhetorical argument of increasing player safety to placate its critics without actually changing the game.

Anthony Harding is a PhD candidate in the School of Economics at Georgia Institute of Technology. Before attending Georgia Tech, Anthony received a dual Bachelor of Science in Mathematics and Physics at Rensselaer Polytechnic Institute. Anthony’s research is in the field of climate, environmental, and energy economics with a focus on the impact of innovative technologies on policy and governance. 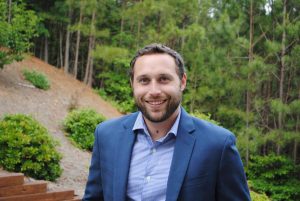 Christopher is a Ph.D. candidate in the School of Economics at the Georgia Institute of Technology. He is a former NSF IGERT fellow and SLS Energy Systems for Sustainable Communities fellow. His research explores the role of networks in energy and environmental policy.

Bright Lights, Safe Nights?: The Impact of Visibility on Crime by Christopher Blackburn and Anthony Harding

Abstract: The paper Bright Lights, Safe Nights?: The Impact of Visibility on Crime exploits quasi-experimental variation from a Light Emitting Diode (LED) street light retrofit program to test for the impact of improved visibility on urban crime rates in the city of Los Angeles. From 2009 to 2012, Los Angeles conducted an energy efficiency project with the Clinton Climate Initiative to retrofit around 70% of their street light inventory with LED technology. Using a difference-in-differences identification strategy, we leverage variation in the location of street light retrofits, the location of crimes, and the time of day a crime occurs to measure the impact of visibility on local criminal activity. Our results suggest that improved visibility from the retrofit program reduced annual outdoor, nighttime crime by around 30% in retrofitted areas, corresponding to a 1% reduction in total annual crime. Estimating separately for property crimes and violent crimes, we find that property crimes are sensitive to the change in visibility while violent crimes are unaffected. If policymakers do not internalize the impact of LED street lights on criminal activity, this result suggests they would undervalue the technology.